The WEIRDest people in the world

I first heard about the term from The Righteous Mind by Johnathan Haidt, got interested, now I’m starting to read the rather self-congratulatory sounding book called “The WEIRDest People in the World: How the West Became Psychologically Peculiar and Particularly Prosperous” by Joseph Henrich.

“The WEIRDest People in the World: How the West Became Psychologically Peculiar and Particularly Prosperous” by Joseph Henrich

Literacy changes people’s biology and psychology without altering the underlying genetic code. A society in which 95 percent of adults are highly literate would have, on average, thicker corpus callosa and worse facial recognition than a society in which only 5 percent of people are highly literate. These biological differences between populations will emerge even if the two groups were genetically indistinguishable. Literacy thus provides an example of how culture can change people biologically independent of any genetic differences. Culture can and does alter our brains, hormones, and anatomy, along with our perceptions, motivations, personalities, emotions, and many other aspects of our minds.

Finally found some excuse for my facial blindness: it’s cuz I read a lot!

The WEIRDest People in the World

Among Americans, participants who had reported greater behavioral consistency across contexts were rated as both more “socially skilled” and more “likable” by parents and friends than those who reported less consistency. That is, among WEIRD people, you are supposed to be consistent across relationships, and you will do better socially if you are. Meanwhile, in Korea, there was no relationship between the consistency measure across relationships and either social skills or likability—so, being consistent doesn’t buy you anything socially. Back in the United States, the degree of agreement between parents and friends on the characteristics of the target participants was twice that found in Korea. This means that “the person” “seen” by American friends looked more similar to that seen by American parents than in Korea, where friends and parents experience the same individuals as more different. Finally, the correlation between personal consistency across relationships and measures of both life satisfaction and positive emotions was much stronger among Americans than among Koreans. Overall, being consistent across relationships—“being yourself”—pays off more in America, both socially and emotionally.

Such evidence suggests that the immense importance assigned by the discipline of psychology to notions of self-esteem and positive self-views is probably a WEIRD phenomenon. In contrast, in the few non-WEIRD societies where it has been studied, having high self-esteem and a positive view of oneself are not strongly linked to either life satisfaction or subjective well-being. In many societies, it’s other-esteem (“face”) that matters, not self-esteem rooted in the successful cultivation of a set of unique personal attributes that capture one’s “true self.”

In WEIRD societies, the pressure to cultivate traits that are consistent across contexts and relationships leads to dispositionalism—a tendency to see people’s behavior as anchored in personal traits that influence their actions across many contexts. For example, the fact that “he’s lazy” (a disposition) explains why he’s not getting his work done. Alternatively, maybe he’s sick or injured? Dispositionalism emerges psychologically in two important ways. First, it makes us uncomfortable with our own inconsistencies. If you’ve had a course in Social Psychology, you might recognize this as Cognitive Dissonance. The available evidence suggests that WEIRD people suffer more severely from Cognitive Dissonance and do a range of mental gymnastics to relieve their discomfort. Second, dispositional thinking also influences how we judge others. Psychologists label this phenomenon the Fundamental Attribution Error, though it’s clearly not that fundamental; it’s WEIRD. In general, WEIRD people are particularly biased to attribute actions or behavioral patterns to what’s “inside” others, relying on inferences about dispositional traits (e.g., he’s “lazy” or “untrustworthy”), personalities (she’s “introverted” or “conscientious”), and underlying beliefs or intentions (“what did he know and when did he know it?”). Other populations focus more on actions and outcomes over what’s “inside.”

Institutions usually remain inscrutable to those operating within them—like water to fish. Because cultural evolution generally operates slowly, subtly, and outside conscious awareness, people rarely understand how or why their institutions work or even that they “do” anything. People’s explicit theories about their own institutions are generally post hoc and often wrong. 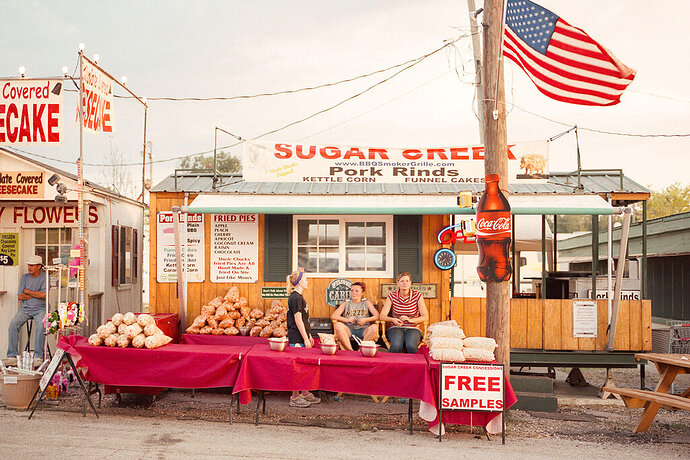 Here's why individualism may be our best trait.

A third possibility is that individualism promotes a more universalist outlook. In focusing on individual rights and welfare, it reduces the emphasis on groups — and the differences between “us” and “them” that notoriously erode generosity toward those outside one’s own circle.

Think of all the groups that particularly emphasize on collectivism and suppress individualism: the Catholic Church, USSR, and other “Communist” entities. They tend to concern more about their group image than the horrendous abuse happened inside their own organizations.

(I was also going to list ISIS but at least they are consistent, and makes no attempt to appear not horrible.)

As someone who grew up in an authoritarian entity, one thing I observed in the field is that people who wasn’t granted sufficient freedoms themselves can in turn become more authoritarian as a result, unfortunately.

I suspect some people don’t know how to respect others’ rights because their group never respected their rights. They instinctly shape their own identity around groups (schools, corporations or religions), and put group interest ahead of individual welfare.

Freedom can be a learned mindset sometimes, through education and being lucky enough to be born in a free society.