The End of War in Afghanistan

Biden will withdraw all U.S. forces from Afghanistan by Sept. 11, 2021, what will happen to the people in Afghanistan, especially women and girls?

Biden will withdraw all U.S. forces from Afghanistan by Sept. 11, 2021

The military exit will be completed by the 20th anniversary of the terrorist attacks that first drew the United States into its longest war. 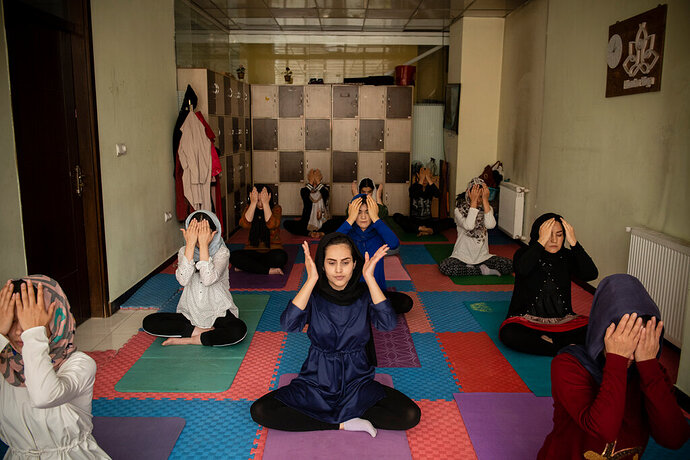 Afghan Women Fear the Worst, Whether War or Peace Lies Ahead

Whatever happens once the United States withdraws will not bode well for Afghan women. But even the gains made for them over the last 20 years have often been fleeting.

When the Taliban governed Afghanistan from 1996 to 2001, it barred women and girls from taking most jobs or going to school, and practically made them prisoners in their own homes.

“Despite real improvements, Afghanistan remains one of the most challenging places in the world to be a woman,” a U.S. government watchdog report released in February said. “U.S. efforts to support women, girls and gender equality in Afghanistan yielded mixed results.”

Still, the Taliban’s harshly restrictive religious governing structure virtually ensures that the oppression of women is baked into whatever iteration of governance they bring.

Domestic violence remains an enduring problem in Afghanistan. About 87 percent of Afghan women and girls experience domestic abuse in their lifetimes, according to a Human Rights Watch report.

But one of the gains that is almost indisputable has been Afghanistan’s access to the internet and the news media. Cellphone coverage extends across much of the country, meaning that Afghan women and girls have more space to learn and connect outside their familial bubbles and villages. The Afghan news media, too, has blossomed after large investments from foreign governments and investors, and many women have become nationally known journalists and celebrities.