Parasocial relationships, a result of alienation?

Today I learned about this psychological phenomenon called Parasocial relationship. 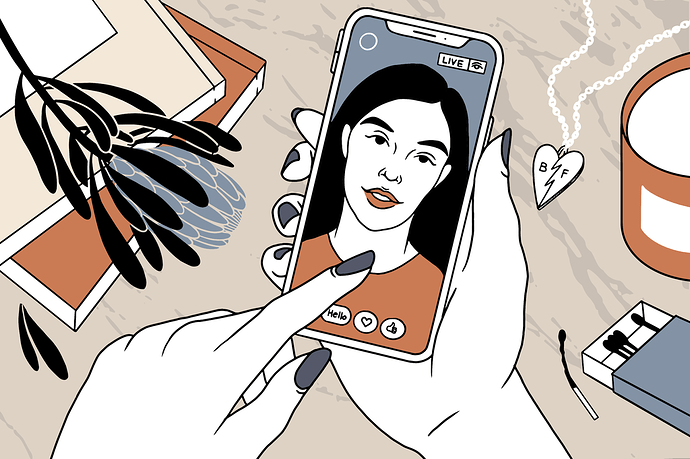 When Grown-Ups Have Imaginary Friends

“Parasocial relationships” explain why you think influencers are your pals.

The kind of one-way friendship I have with these reality stars has a name in the sociology world: It’s called a “parasocial relationship,” which is an emotional relationship with a media figure. The term was coined in the 1950s by two sociologists who observed that dominant mass media — at the time, TV and radio — created the illusion of a friendship between spectator and performer, and “the most remote and illustrious men are met as if they were in the circle of one’s peers.”

Social media has added another dimension to this dynamic, because occasionally the performers will interact with you, which perpetuates the illusion that you have involvement in their lives.

Though explaining these friendships may make you feel like a creep, they are normal, and quite common, said Alex Kresovich, a doctoral student at the U.N.C. Hussman School of Journalism and Media who has published research on parasocial relationships. “The feelings people have with these media persona are nearly indistinguishable from their friends in real life,” despite the fact that the celebrity in question usually (but not always) has no idea you exist, he said. (A small subset of people may develop an unhealthy obsession with celebrities — it’s called “celebrity worship” in the clinical literature — but that’s not the norm.)

Why does this article say “Parasocial relationships” can be nourishing when all I feel about it is profound alienation? Are people treating celebrities like role models? It doesn’t feel quite the same. You wouldn’t care about your role model’s daily drama.

Also reminds me of this reporting about Chinese streams. 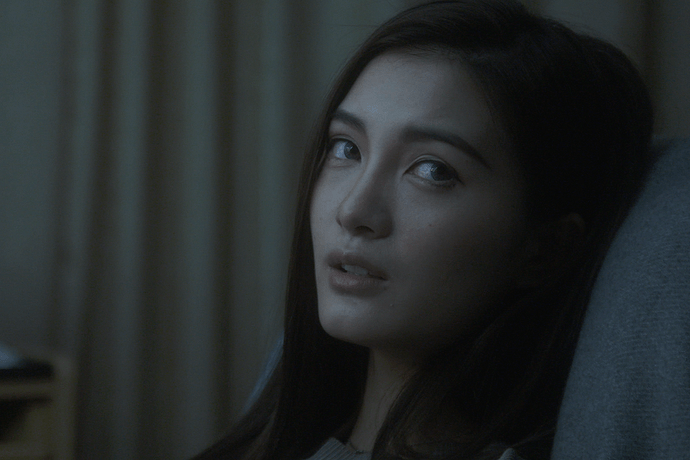 Opinion | Love Factory: The Price of Being a Social Media Star

Livestreaming your life to a devoted audience is big business. A new short film explores what happens when the cameras are off.

In China, people pay to interact with these streamers online, who create an illusion of a sincere relationship.

More on this phenomenon: 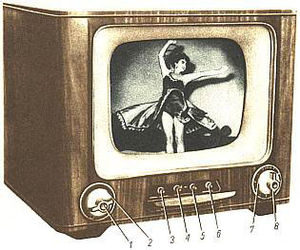 Parasocial interaction (PSI) refers to a kind of psychological relationship experienced by an audience in their mediated encounters with performers in the mass media, particularly on television. Viewers or listeners come to consider media personalities as friends, despite having limited interactions with them. PSI is described as an illusionary experience, such that media audiences interact with personas (e.g., talk show hosts, celebrities, fictional characters, social media influencers) as A par...

Why does the first article says “Parasocial relationships” can be nourishing when all I feel about it is profound alienation?

As with many things, excess might be indicative of problems but it isn’t reasonable to extrapolate that it always indicates an issue. (Spending 80 hours a week playing video games is probably indicative of some sort of issue, but not everyone who plays video games has any issues at all.)

A parasocial relationship could be somewhat akin to the affection you might feel towards a fictional character. Although you know the relationship is one directional / not real, the experience can still be fulfilling.

Social media has added another dimension to this dynamic, because occasionally the performers will interact with you, which perpetuates the illusion that you have involvement in their lives.

One prominent example: How Korean fans reacted to Chen (member of the popular Kpop boy band EXO) getting married.

On 12 January this year, Chen , a member of the popular K-pop boy group EXO, surprised the world by revealing that he will be marrying his longtime girlfriend. In his handwritten letter posted on the group’s fan forum, he hinted that his girlfriend is pregnant and his management company, SM Entertainment confirmed the fact, seeking for the understanding and support of EXO-Ls (the group’s official fandom name). This is a huge deal in the glittering and glossy world of K-pop where idols are put on pedestals and artists are often contractually obligated to not date. Often times, K-pop groups stay single or at the very least date secretly as to remain single and conjure a fantasy for their loyal fans.

Fans responded by boycotting the group and asking him to leave. He had to apologize… 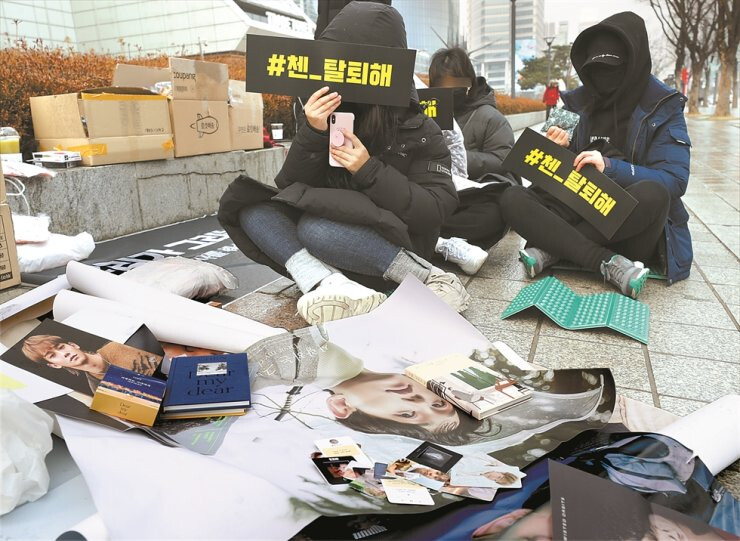 ^ Fans tore up his posters and merch, sitting outside of SM Entertainment building in protest.

Dude has one of the most beautiful voices in Kpop. I am sad to see this happen to him.

True, correlation is not causation. Although I would speculate increased feeling of alienation in a society would cause increased amount of parasocial relationships.

This is one thing about Asian Idol culture that really rubs me the wrong way: the fans act so entitled and possessive about their favorite idols, to the extent there are obliviously some extremely unhealthy parasocial relationships going on.

It’s okay, some people are weird. We all need escapism from time to time. As long as we recognize our escapism, and moderate it, and as long as the society doesn’t allow escapism to negatively affect others.

Yet in Asian Idol cultures, everybody, including the companies and the idols themselves, acts like extreme cases of parasocial relationships are a normal and reasonable. They act like such unhealthy obsessions should be catered to, to the extent they are treading on the idols’ basic human rights.

I’m talking about the “no dating rule” that exists for certain jpop and kpop idol groups, not too sure about cpop idols, I only heard about SNH48 having it, being managed by the same producer of AKB48.

It’s like, fulfill someone who very likely has some mental health issues’ fantasy at the cost of another human’s basic rights, just because they are paying customers. Incredibility exploitative and legally dubious. Almost feel a bit similar to prostitution?

Can you imagine what kind of fans such culture would produce, and the kind of entitlement they carry around?

It’s like, they think they can buy out someone’s basic rights with money.

A court in Tokyo has thrown out a claim by an artist management company for damages after one of its artists broke a ‘no dating’ clause in her contract. The judge said that such clauses were unconstitutional.

The unnamed singer – thought to be a former member of Aoyama Saint Hachamecha High School, two of whom were targeted with legal action by management company MovingFactory last year – was being sued for ¥9.9 million (approximately £60,000) in damages for allegedly having a relationship with a fan.

According to The Australian, judge Katsuya Hara said at the Tokyo District Court: “We must acknowledge that forbidding pop idols to date by claiming compensation for damages goes too far. Relationships are a right exercised by an individual to enrich life. They are part of the freedom to pursue happiness”.

Jesus f Christ, so nobody in this company had a shred of common sense left that they need a judge to tell them all that? I guess Japanese aren’t as crazy about their Constitution as Americans and they don’t really read it?

Another example of adverse selection bias.

Let’s flip the concept of “idol” here. Instead of appealing to the juvenile, can we imagine a profession that caters to the sophisticated?

Woody Allen came up with this idea in 1974 already. 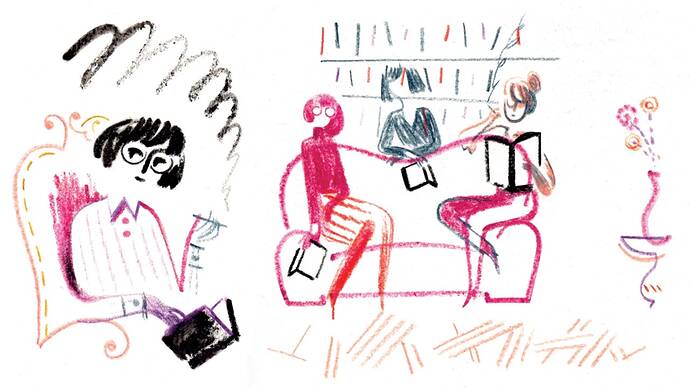 The Whore of Mensa

“For a price, she’ll come over and discuss any subject—Proust, Yeats, anthropology.” (Humor from the archive.)

Also, it sounds like Mensa has a bunch of insufferable snobs. I’d think long and hard before whoring for them.