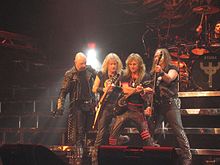 Heavy metal (or simply metal) is a genre of rock music that developed in the late 1960s and early 1970s, largely in the United Kingdom and the United States. With roots in blues rock, psychedelic rock, and acid rock, heavy metal bands developed a thick, massive sound, characterized by distortion, extended guitar solos, emphatic beats, and loudness. The lyrics and performances are sometimes associated with aggression and machismo. In 1968, three of the genre's most famous pioneers, Led Zeppeli...

Half hilarious, half horrifying “When I had a bunch of overweight teenagers sieg-heiling me, I was unable to take it seriously. I told them that they wouldn’t make it through a week of Army boot camp, much less the Third Reich. They got really mad.”

The punk scene isn’t the only one that suffered from Nazi presence. 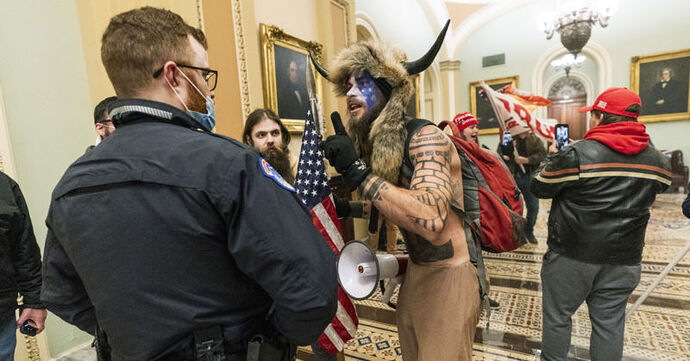 What covering heavy metal taught me about spotting Nazis

A bare-chested, wild-eyed white man in bearskin furs and a horned helmet stood at the podium of the Senate chambers, his fists raised in triumph, as fellow Trump-supporting rioters laid waste to the Capitol. The man, a QAnon cultist from Phoenix...

I understand every word, but still… wat?

After some googling it turns out crypto-fascists aren’t fascists who use cryptocurrency. Of course.

By combing through album lyrics, parsing interviews, and inspecting tattoos, journalists covering black metal—and even casual fans—become adept at rooting out bigotry. Doing so has, by now, become a conscious part of the wider black-metal experience: for leftist fans, a familiar ritual involves poring methodically through all available information to decipher an exciting new band’s political position. It’s kind of like playing a heavy metal version of the Six Degrees of Kevin Bacon game, except the locus is invariably a Polish neo-Nazi or racist death metal guy from Florida, and winning is really losing. The thrill of discovering a killer new record is attended, always, by anticipation as you scour the lyrics and artwork and member lists and touring history—and then, all too often, you discover that (dammit!) the guitarist has a racist side project, or their label has released anti-Semitic material. But metal is too good for Nazis. Surveilling black-metal artists’ activities and exposing any associations with violent far-right networks is a means of defending a community I hold dear.

Long a haven for far right extremism, the genre had a reckoning in 2020, joining a worldwide call to arms to support Black lives and fight the fascist rhetoric of Donald Trump.