Me Too, A Global Movement 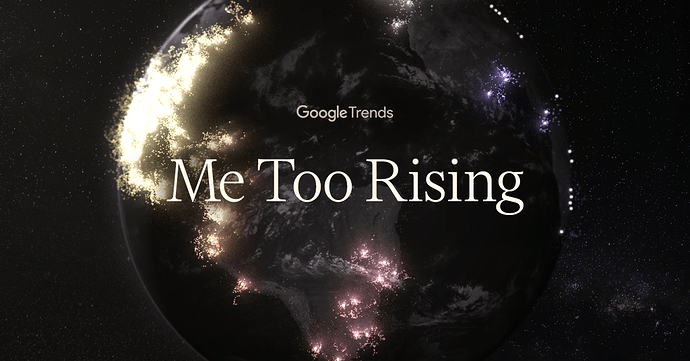 A visualization of the Me Too movement from Google Trends

For millennia, some people have had huge trouble keeping their hands and genitals to themselves when other people don’t want them. Why is that? An ongoing effort around the globe to change it. 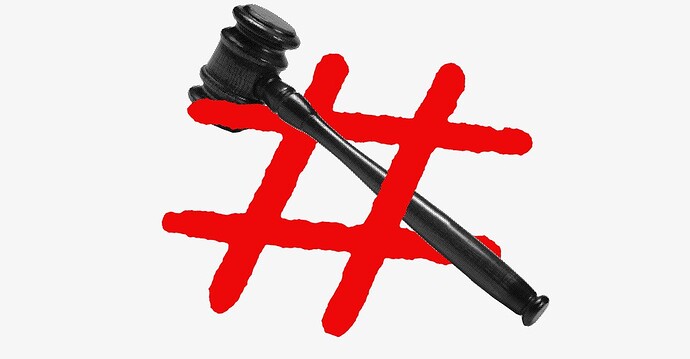 #MeToo Has Changed the World—Except in Court

There are two types of sexual-harassment claims. The first—quid pro quo—is generally pretty straightforward: Did a supervisor demand sexual favors as a condition of employment? But the second—a claim of a hostile work environment—has been a tougher sell in court. Unlike a quid pro quo claim, a hostile work environment can arise from sexual harassment by anyone in the employee’s workplace. To win a hostile-work-environment claim, a survivor has to demonstrate that what she experienced was “severe or pervasive” enough to constitute sexual harassment—which comes down to whether a “reasonable person” besides the victim would perceive the assailant’s behavior to be harassment.

Since 1993, when the Supreme Court created the reasonable-person standard, it has been a major obstacle to relief. Victims have been deemed unreasonable and lost their claims—including ones based on repeated, explicit, unwelcome sexual advances, and even incidents of sexual assault—because judges didn’t think a reasonable person would deem what had happened to those victims sexual harassment.

If a victim does manage to prove that she was reasonable in perceiving a hostile work environment, the second stage—the employer’s defense—creates another hurdle. The Supreme Court held in 1998 that, in addition to a reasonable person needing to find the behavior severe or pervasive, if an employer has mechanisms in place to address sexual harassment, and the victim’s response to the harassment she faced was not reasonable, the employer can escape liability. Typically, having some kind of sexual-harassment policy is enough to meet the first part of the test. For the second part, a victim’s failure to report, or to report the right way, can be fatal to her case.

Experts in sexual harassment have long shown that victims choose not to report for varied reasons. It can certainly be reasonable to avoid reporting workplace sexual harassment, especially if the harasser or the institution might retaliate. As a result, this standard can create a circular dilemma: Complaining could make a victim’s circumstances at work worse, but she is required by law to complain in order to make her situation better.

The Case That Killed #MeToo in Sweden https://nyti.ms/3woa3Gb

Unlike in the United States, where truth is widely considered to be an absolute defense in defamation cases, Swedish law takes a two-step approach. The court first decides whether the alleged defamation is “justifiable”— that is, whether it’s of broad public interest. Only if the court decides that a statement is justifiable will it move on to consider whether or not it is true.

So basically Sweden doesn’t have freedom of speech?