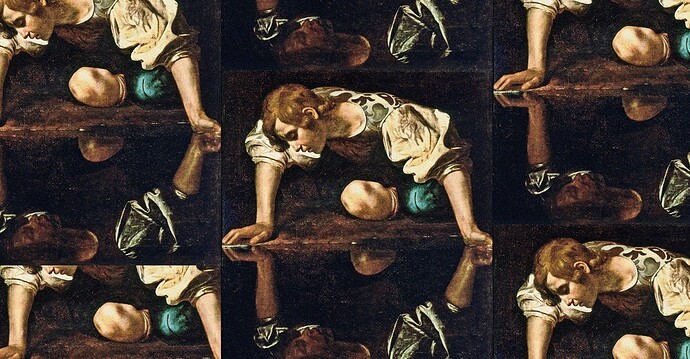 What Collective Narcissism Does to Society

In everyday settings, it can keep people from listening to one another. At its worst, it might fuel violence.

In 2005, the psychologist Agnieszka Golec de Zavala was researching extremist groups, trying to understand what leads people to commit acts of terrorist violence. She began to notice something that looked a lot like what the 20th-century scholars Theodor Adorno and Erich Fromm had referred to as “group narcissism”: Golec de Zavala defined it to me as “a belief that the exaggerated greatness of one’s group is not sufficiently recognized by others,” in which that thirst for recognition is never satiated. At first, she thought it was a fringe phenomenon, but important nonetheless. She developed the Collective Narcissism Scale to measure the severity of group-narcissistic beliefs, including statements such as “My group deserves special treatment” and “I insist upon my group getting the respect that is due to it” with which respondents rate their agreement.

This article introduces the concept of collective narcissism—an emotional investment in an unrealistic belief about the in group’s greatness—aiming to explain how feelings about an ingroup shape a tendency to aggress against outgroups. The results of 5 studies indicate that collective, but not individual, narcissism predicts intergroup aggressiveness. Collective narcissism is related to high private and low public collective self-esteem and low implicit group esteem. It predicts perceived threat from outgroups, unwillingness to forgive outgroups, preference for military aggression over and above social dominance orientation, right-wing authoritarianism, and blind patriotism. The relationship between collective narcissism and aggressiveness is mediated by perceived threat from outgroups and perceived insult to the ingroup. In sum, the results indicate that collective narcissism is a form of high but ambivalent group esteem related to sensitivity to threats to the ingroup’s image and retaliatory aggression.